Watch: Injured Eric Dier drags himself back onto pitch so game has to stop 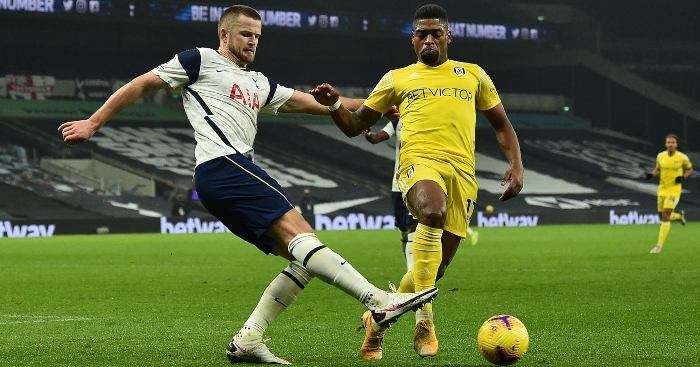 Tottenham‘s Eric Dier dragged himself back onto the pitch for treatment after picking up an injury during the 1-1 draw with Fulham.

Dier has established himself as one of Jose Mourinho’s most trusted players at Spurs and has made 22 appearances in all competitions this season.

It would seem as if Mourinho’s management has rubbed off on the England international, judging by his reaction to getting injured during Wednesday’s Premier League match.

With the game still goalless in the first half, Dier came off worse after challenging Kenny Tete near the touchline.

While the Fulham defender jogged away unharmed, Dier dragged himself back onto the pitch and proceeded to roll around in agony.

This ensured the game would be held up while he received treatment.

We’re sure you’ll agree that’s some impressive shithousery from the Spurs defender. Jose would have been proud.

🩹 Eric Dier dragging himself injured back onto the pitch to ensure the game is stopped while he recovers.