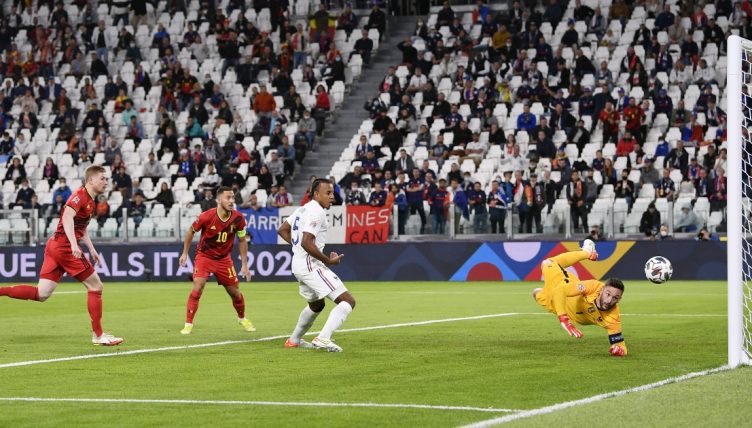 Tottenham goalkeeper Hugo Lloris made a stunning save to deny Kevin de Bruyne as France beat Belgium 3-2 in an incredible Nations League semi-final.

Lloris was captaining the world champions as they looked to atone for their disappointing performance at Euro 2020 against the number one ranked international team in world football.

And the Spurs keeper was called into action early as Belgium made a fast start.

Chelsea striker Romelu Lukaku created the opportunity with a strong run down the wing and a dangerous cross into the penalty area which Jule Kounde failed to clear.

The ball dropped to De Bruyne, who executed a near-perfect volley, only to be denied by Lloris – who demonstrated incredible reflexes to palm his opponent’s shot away.

Idk how many times we gotta say it, Lloris is so underratedpic.twitter.com/zrcCuJHviX