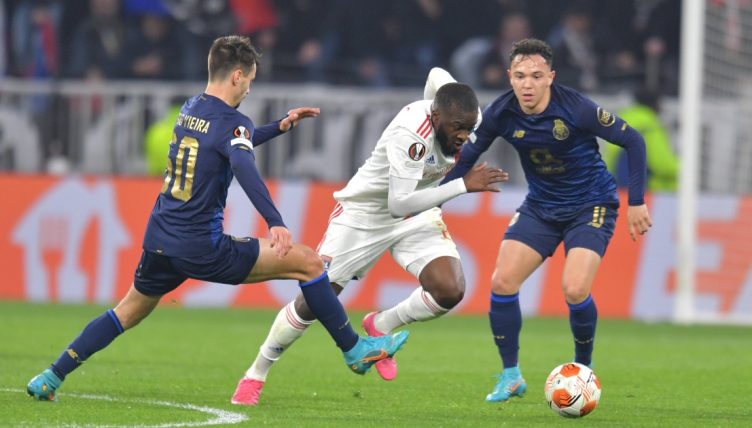 Tottenham loanee Tanguy Ndombele left Porto’s Mehdi Taremi in his wake with an eye-catching piece of skill as Lyon advanced to the Europa League quarter-finals.

Moussa Dembele’s first-half goal followed by a swift Pepe reply had the second leg at the Groupama Stadium all square – Lyon 2-1 ahead on aggregate – before Ndombele brought out a Maradona-esque turn late on.

Receiving the ball under pressure, Ndombele somehow swivelled away from Taremi to retain possession and eventually find a forward pass to his team-mate.

Becoming Spurs’ club-record signing in July 2019, much was expected from the French midfielder. But he failed to justify his hefty price tag, mainly warming the bench for most of his stay until his former club returned for his services in January.

If reports are to be believed, it’s likely Ndombele will remain at the French side next season for a second loan spell.

“Lyon, as I know, is better for adaptation,” Ndombele said when he returned to Lyon mid-season.

“I left through the front door and it’s a risk to come back. I took that risk.

“I think I’m a better player than when I left. I learned in England even though it didn’t go well. I’m better physically and mentally.”

Sometimes a player is simply suited to a specific football club. This seems the case for the 25-year-old who looks to be edging closer to the levels he showed prior to his Premier League arrival.