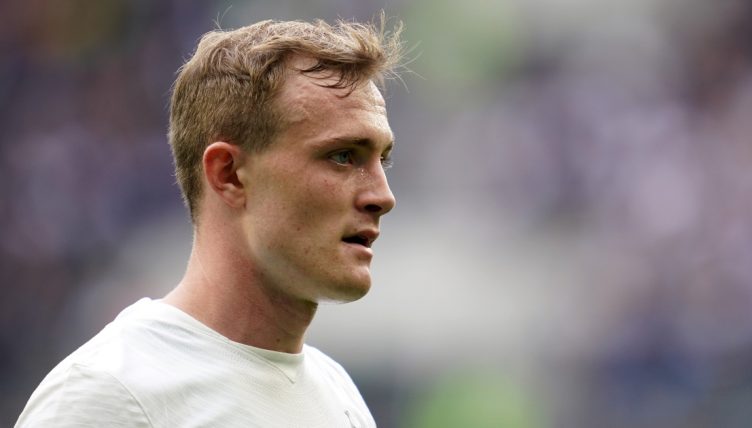 Youngster Oliver Skipp highlighted his impressive start to the season with Tottenham by executing a perfect sliding tackle on Adama Traore during their Carabao Cup win at Wolves on Wednesday.

Spurs progressed to the next round of the competition after winning a penalty shoot-out following a 2-2 draw against their Premier League counterparts at Molineux.

And Skipp caught the eye of Nuno Espirito Santo with a commanding performance from midfield. The 21-year-old had started their opening four Premier League matches before being axed for the 3-0 defeat to Chelsea.

The tackle on Wolves dangerman Traore was the highlight of his display. The winger received the ball after some neat interplay and set about advancing towards goal.

But Traore had reckoned without Skipp, who came charging in and dispossessed his opponent with a wonderfully executed tackle.

“I hope he becomes the bedrock of the Tottenham side for the next decade, he could do that. He comes from a family of mad Tottenham fans, he cares about the club.

“Skipp has added some real steel in the midfield alongside Pierre-Emile Hojbjerg.”