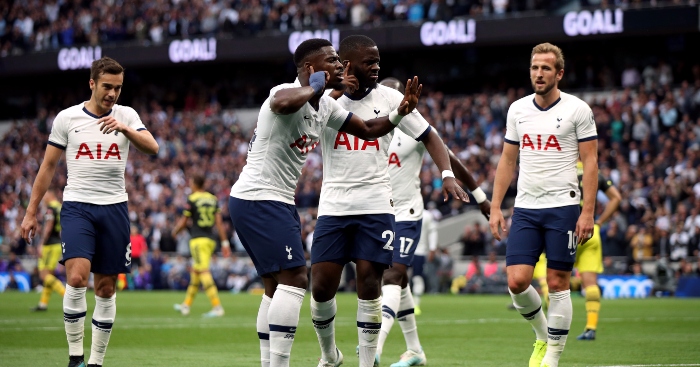 VAR has been one of the biggest talking points so far this season – and Spurs midfielder Tanguy Ndombele has now included it in his latest goal celebration.

In their last game against Leicester City, Spurs had a Serge Aurier goal ruled out by VAR but their players look to have seen the funny side of it.

Ndombele opened the scoring against Southampton, and he celebrated with Aurier by imitating the referee and making a VAR gesture.

Fortunately for Spurs this goal did stand but the referee had the last laugh as Aurier was sent off for a second bookable offence seven minutes later.

Danny Ings then equalised for the Saints before a Harry Kane strike gave 10-man Spurs the three points.