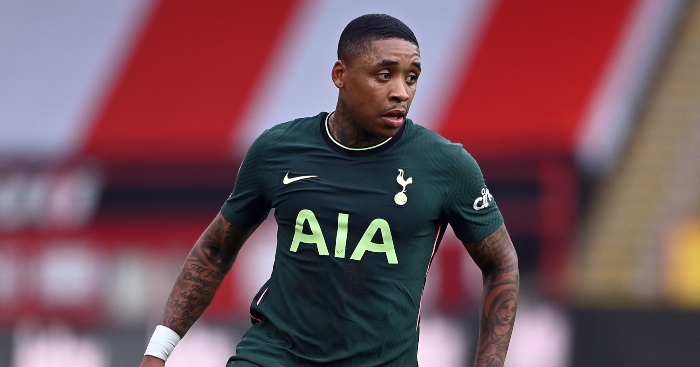 Tottenham‘s Steven Bergwijn controlled a Hugo Lloris goal kick with a beautiful first touch during their 3-1 win over Sheffield United.

Bergwijn was named in the starting line-up, as Spurs looked to boost their title challenge against the bottom-placed club.

Leading 2-0 through goals by Serge Aurier and Harry Kane, Jose Mourinho’s team were expected to play on the defensive in the second half.

Instead, we were treated to some thrillingly direct play. Lloris launched a goal kick downfield, instigating a quick counter-attack.

Bergwijn anticipated this and caught the ball beautifully with his right foot. The Netherlands international then won his team a free-kick after being tripped by John Lundstram.

Harry Kane fired it over, but that didn’t detract from Bergwijn’s ingenuity.

David McGoldrick pulled a goal back for the Blades but Tanguy Ndombele hooked a brilliant lob over Aaron Ramsdale to complete the scoring for the away side.

That touch from Bergwijn though 😍

He takes down Lloris' quick goal-kick beautifully. Kane then strikes over from the resulting free-kick.