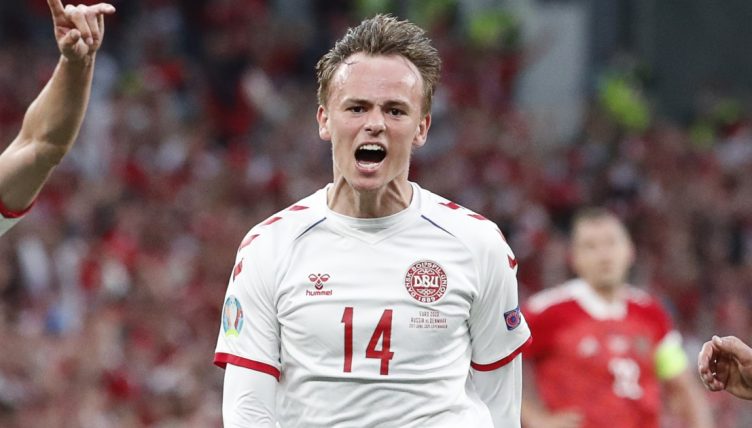 Mikkel Damsgaard, the 20-year-old Danish winger who has been linked with a move to Tottenham, Leicester and West Ham, smashed home a terrific dipping shot to put his country 1-0 up in their clash with Russia on Monday night.

Damsgaard was found in a pocket on the edge of the Russia area eight minutes before the break, took two touches out of his feet and unleashed a shot that BBC pundit Micah Richards described as “sumptuous.”

The young Dane spent the 2020-21 campaign working under Claudio Ranieri at Sampdoria, contributing two goals in 35 games. For his country, he appears to be a bit more clinical, this his third international goal in just his fifth Denmark game.

It is little wonder Premier League sides are hovering if he can shoot like this – but they’ll have to pay a lot more than the €6.7million Sampdoria shelled out a year ago.

“In my view, Damsgaard is an enfant prodige,” Ranieri told SosFanta earlier this year. “He must be managed quietly without burdening him with too many responsibilities.”

READ: Croatia vs Scotland: Nothing less than a win will do for Scotland