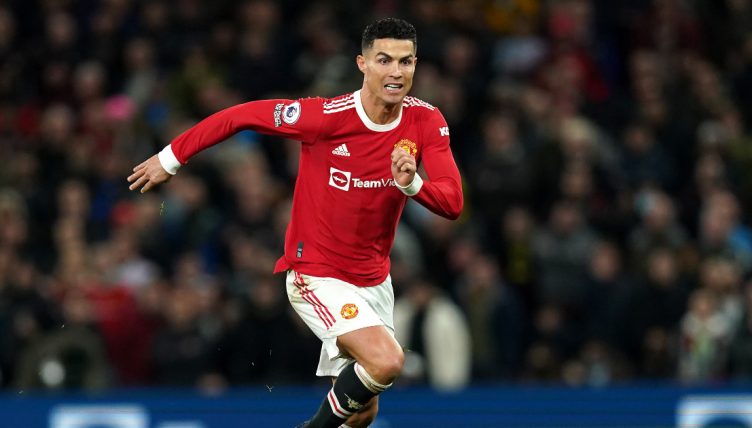 Raheem Sterling’s son pulled off Cristiano Ronaldo’s iconic ‘Siuu’ celebration after showing off his skills on a video shared online.

Sterling’s son Thiago was videoed by his dad showing off his ability, flicking a small ball over a stool and putting it into the back of a small net.

Whilst Sterling wanted his son to pull off the skill again, the young Thiago had other ideas, wheeling away in celebration.

He jumped up and imitated Cristiano Ronaldo, yelling out “siuu” and copying the Portuguese star’s iconic celebration.

The young boy then did it again whilst collecting the ball.

It’s clear Thiago is a fan of Cristiano who returned to the Premier League and Manchester United at the end of the summer, bringing his celebration with him which he developed whilst at Real Madrid.

The move has been copied by numerous players in recent months, from Cambridge United players celebrating their underdog victory over Newcastle to Andros Townsend when he equalised for Everton against United at Old Trafford.

But Thiago might want to look closer to home for inspiration at the moment, with his father Raheem in red hot form.

The English forward was named Premier League Player of the Month for December after he scored five goals in five matches.

That run of form has dispelled rumours around Sterling’s future, with links to Real Madrid, Barcelona and PSG becoming quieter.

Sterling has been at Manchester City since 2015, leaving Liverpool for the Etihad where he has gone on to win three Premier Leagues.