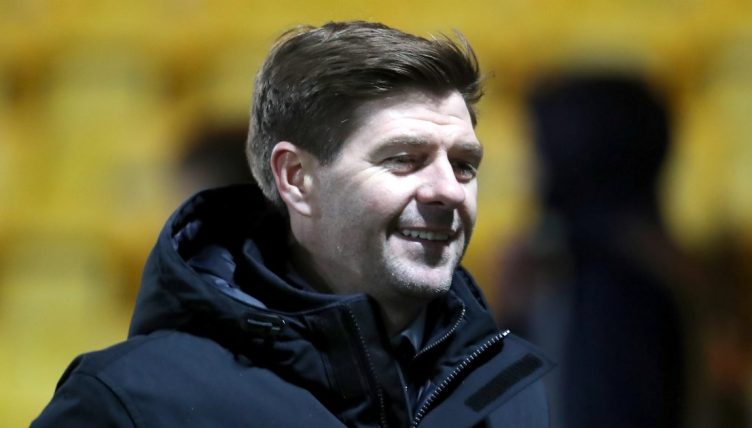 Steven Gerrard couldn’t hide his delight after Rangers moved to within a point of winning their first Scottish Premiership title since 2011.

Their 3-0 victory over St Mirren at Ibrox saw the runaway league leaders open up a 21-point gap at the top of the table over rivals Celtic.

“I don’t think while I’m representing this club there will ever be a bigger three points,” Gerrard told Rangers official website after the game. “It’s been an emotional day, obviously arriving here and seeing the scenes. It was an incredible feeling.

“I’m lost for words in terms of how I want to describe my team. I’ve been here for three years and they took me on one hell of a journey. It hasn’t always been up and up, but I have nothing but plaudits to give my players.

“This club has been to hell and back over the past 10 years. I’ve only been part of it for three, but I can certainly relate and I’ve got that feeling and that affection with the fans and I know what they have been through.”

While the title hasn’t been wrapped up just yet, Gerrard was seen cheering and chanting with the fans from the windows of the stadium.

The former Liverpool captain was then filmed doing a belly slide across the beer-soaked floor before lifting a trophy above his head in the dressing room.

Yes, that is indeed Stevie G busting a move in the Rangers dressing room😂👏 pic.twitter.com/kft7LjZnTw