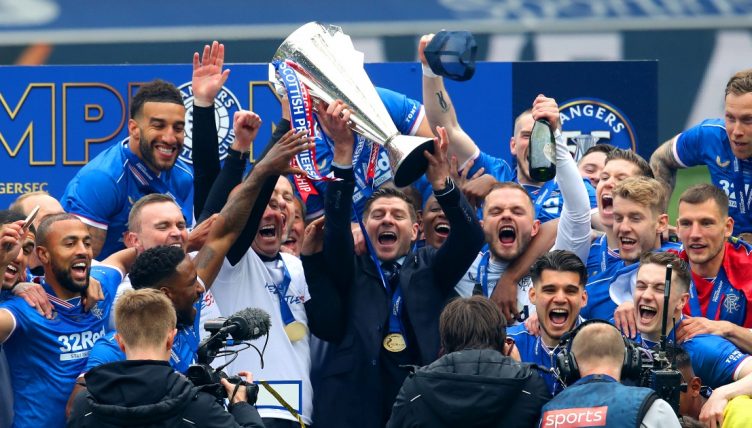 Steven Gerrard famously never lifted a Premier League title as a player with his boyhood club Liverpool, but he now has a league title to his name as a manager.

Rangers secured the Scottish Premiership title in style, denying rivals Celtic the chance to a win a historic 10th straight title and ending the 2020-21 campaign unbeaten.

Gerrard’s men thrashed Aberdeen 4-0 on the final day, which saw them end the season with 102 points, having won 32 of 38 games, drawing the other six.

In truth, it was signposted for some time who would be lifting the trophy, with it secured back in early March. Celtic finished 25 points behind in the end.

Stood with his assistant, and former Liverpool team-mate Gary McAllister, Gerrard was clearly relishing the moment.

The 40-year-old coach looks set to remain at Ibrox next season, but it will be interesting to see where his career takes him next.