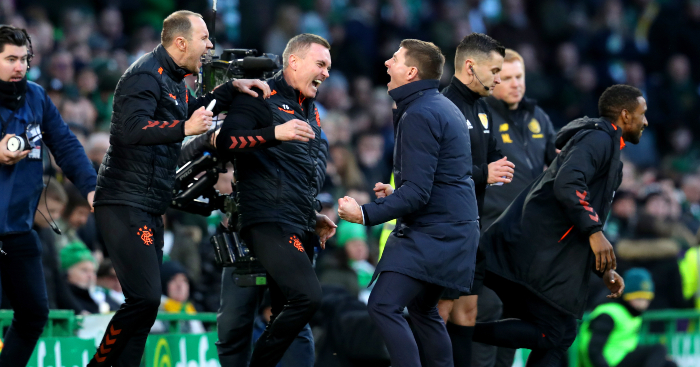 The victory was Rangers’ first in a league fixture at Celtic in nine years and saw Gerrard’s side cut the gap to the top of the table to just two points, while the Gers also have a game in hand.

Odsonne Edouard equalised just six minutes later, despite the ball appearing to strike his arm, but Nikola Katic headed home the winner 11 minutes into the second half.

Rangers saw the game out but there was still time for Alfredo Morelos to cause controversy as the striker received a second yellow card in stoppage time for diving, with first-team coach Michael Beale also dismissed in the aftermath.

Upon the full-time whistle Gerrard, to put it bluntly, lost his sh*t. And it’s hard to blame him.

THAT'S how it feels for Steven Gerrard – massive win for @RangersFC and their boss!