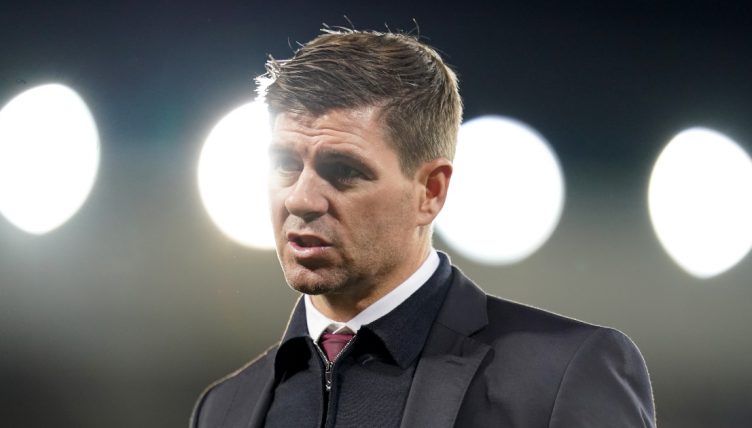 Steven Gerrard made a losing return to Liverpool on Saturday as his Aston Villa side succumbed to a Mohamed Salah penalty – but that didn’t stop him going in two-footed on former team-mate Michael Owen in the post-match interview.

Gerrard was given a very warm reception by the Liverpool fans as he emerged for kick-off and his Villa team gave Liverpool a thorough examination during their 1-0 defeat.

We were then treated to the odd sight of Gerrard disappointed at a Liverpool home win as he fielded questions from various post-match interviewers.

By far the best answer was to a question from Michael Owen, who asked him about what it was like returning to Anfield.

Owen played for Liverpool between 1997 and 2004 before spending three years at Manchester United later in his career.

Gerrard: ‘If I’d have played for Man U, I’d have hated coming back as well!’ 😂
pic.twitter.com/NC9aNMEUJe