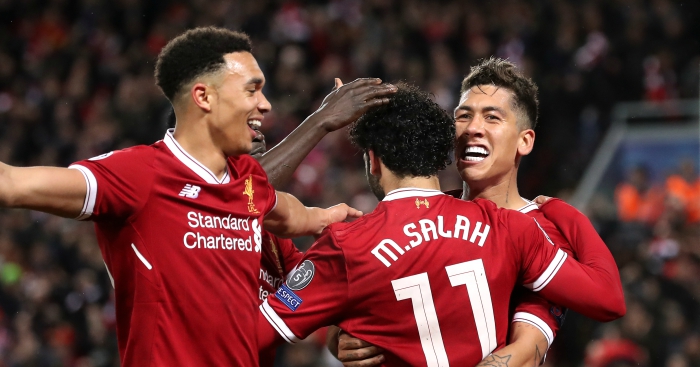 Steven Gerrard says Mohamed Salah is the best player in the world after Liverpool‘s 5-2 demolition of Roma in Tuesday’s Champions League semi-final.

Former Liverpool captain Gerrard was in the BT studio as Salah scored twice and added two assists to his remarkable contribution since making the switch from the Italian capital last summer.

Roma chairman James Pelotta called the transfer an “incredible bargain” prior to the semi-final, also admitting even he was surprised at the progress the Egyptian has made this season.

Salah has now been involved in 58 goals this season – 43 goals and 15 assists – following the victory over his former club.

The forward took his side into the break two goals in front thanks to an excellently taken double, before unselfishly squaring for both Sadio Mane and Roberto Firmino to give Liverpool a comfortable lead to take into the second leg.

And the world has been full of praise since the match, with calls even for Salah to win the Ballon D’Or.

Gerrard added to the comments immediately after Tuesday’s match, dubbing the attacker “the best player on the planet right now”.

"Without a shadow of a doubt, he's the best player on the planet right now."

Roma, Liverpool and how former icons can inspire new heroes