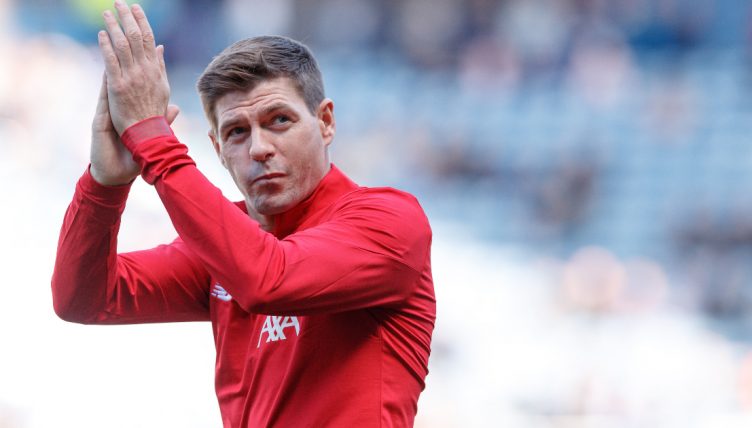 A packed out Anfield crowd were in attendance to see a team of Liverpool legends take on Barcelona in a charity game, and they were treated to a sight they enjoyed so much over the years: a Steven Gerrard goal.

The current Aston Villa manager left Liverpool in 2015 as one of their greatest ever players and returned to play in front of their fans alongside the likes of Dirk Kuyt, Jamie Carragher and Luis Garcia.

Early in the first half of the legends fixture, Gerrard made a darting run inside the box after an exquisite through ball from Kuyt, and was brought down by Juliano Belletti, who scored in the 2006 Champions League final for Barcelona.

Gerrard dispatched the penalty beyond Angoy in goal to make it 1-0 to Liverpool, but they would find themselves 2-1 down after goals from Roger Garcia and Rivaldo.

The 41-year-old took the Aston Villa job in November 2021 after a successful three-year stint as Rangers boss, where he won the SPL title in his first post as a manager, which was the club’s first league title in nearly 10 years, and their 55th overall.

“Winning “55” will always hold a special place in my heart – each and every one of you played a part in that and, believe me, there will be many more to come,” Gerrard stated on his Instagram after departing Rangers for Aston Villa.

“I hope in time you can understand and accept my decision to move on but I honestly fell in love with the club and will always follow the team.

“Once a Ranger, always a Ranger.”

Gerrard retired from football in 2016, after a one year spell at LA Galaxy, and otherwise spent the rest of his career on Merseyside, scoring 185 times in 710 Liverpool appearances.

Seeing him score in a Liverpool shirt again, even in a charity game, will have been a special moment for the Anfield crowd during the international break.

Stevie with the opener from the spot against Barcelona 🎯⚽️ pic.twitter.com/nupXtXPJQa