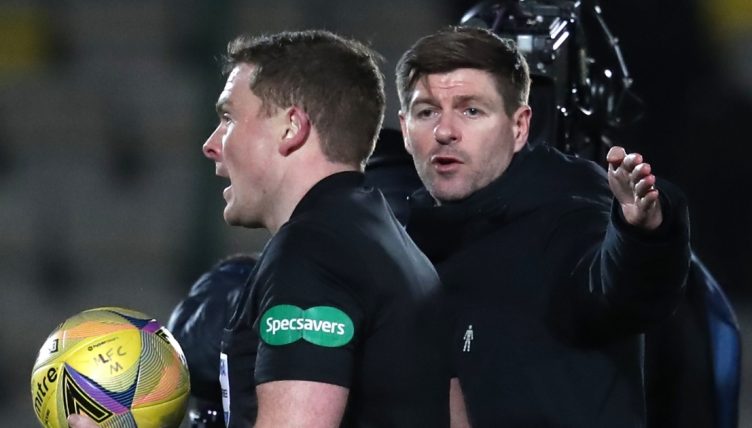 Steven Gerrard was shown a red card after fuming at the referee during half-time of Rangers‘ match against Livingston.

The Liverpool legend was incensed by the decision to book Alfredo Morelos for a perceived dive, after the Colombian striker went down under a challenge from Livi goalkeeper Max Stryjek.

Striding onto the pitch after referee John Beaton blew the whistle to bring an end to the goalless first half, Gerrard went straight for the match official to let him know exactly what he thought of the decision.

He’s certainly not lost some of the famous fire he had during his playing days, with the camera getting up close and picking up what he said to the referee: “I know why you won’t speak to me, because you’re f*cking bang wrong, you’re bang out of order.”

Originally shown a yellow card, it looked like Beaton found further fault with more of Gerrard’s comments as he was walking away, dishing out a second which meant he was forced to watch the second half from the stands.