Watch: Steven Gerrard gets a huge reception on his Liverpool return 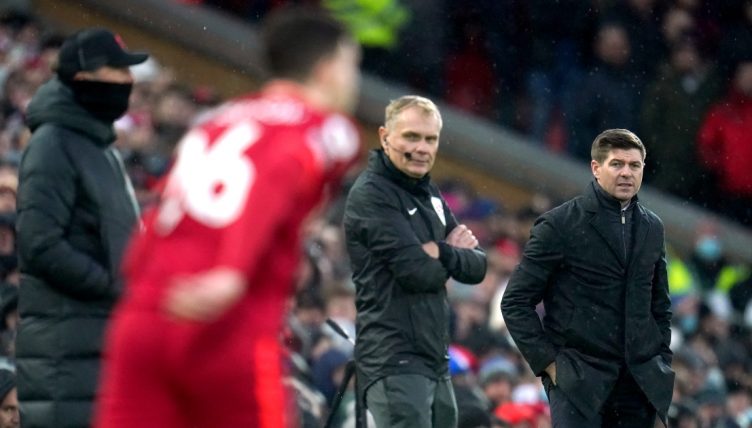 Steven Gerrard made his first return to Liverpool since leaving the club in 2015 – and the Aston Villa manager was given a massive reception from the home fans at Anfield.

Gerrard spent the majority of his playing career at Liverpool, making 710 games, scoring 185 goals and winning nine major trophies with the Reds.

The former England captain has long been touted as a future Liverpool manager but made his first return to Anfield as manager of Premier League rivals Aston Villa.

This date has been circled in the calendar ever since Gerrard took charge at Villa Park and it was no surprise to see the 41-year-old given the warmest of welcomes from supporters that still chant his name.

Before the match, Gerrard told reporters: “Of course there’ll be emotion because of where it’s at and my history with the team we’re playing against, Liverpool, but that’s the challenge, to try to control it as much as I can.

“I’ll respect [the reception] in terms of whatever happens but one thing I can assure Aston Villa fans is I’m going there to try to win and take something from the game.”

Steven Gerrard returns to Anfield for the first time since he left the club in 2015 to a massive reception 👏 pic.twitter.com/0psxdUC1hA