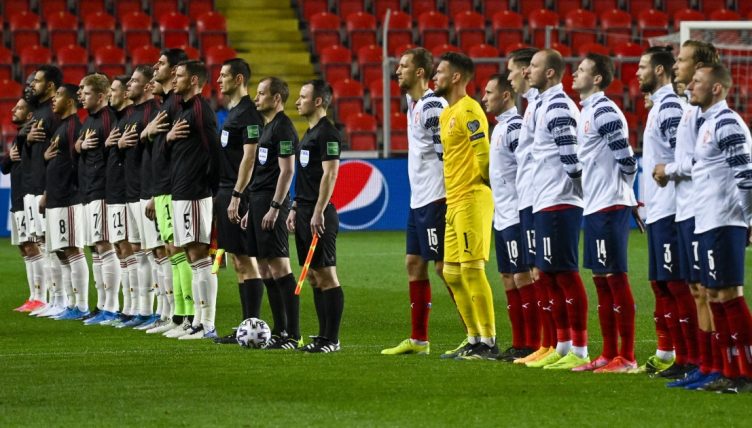 A steward fell over while attempting to dribble the ball during the World Cup qualifier between the Czech Republic and Belgium.

The game in Prague proved highly competitive, as the world’s number one ranked team were held to a 1-1 draw by an improved Czech outfit.

While Romelu Lukaku may have stolen the headlines with an impressive equaliser, our attention was drawn to an incident in the game’s early stages.

Timothy Castagne prepared to take a throw-in for Belgium with the game only two minutes old,

As the camera panned out, a steward could be seen trying to dribble the loose ball away from the pitch. Unfortunately for him, he proceeded to stumble on the ball and tumble to the floor.

Toby Alderweireld called upon the referee to pause the game and rushed over to help the embarrassed steward to his feet.

After receiving the help of a group of players, the man trotted away with the knowledge his moment of mild embarrassment would be shared across the internet.