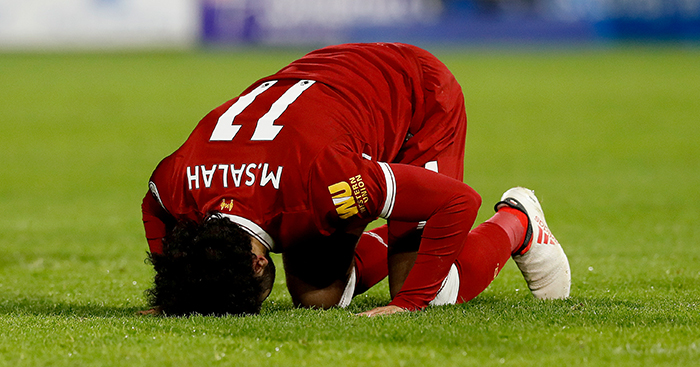 Mohamed Salah is having a truly extraordinary season for Liverpool – but it’s just the latest chapter in the Egypt hero’s remarkable story.

When Liverpool first announced the signing of Salah from Roma last summer, nobody was quite sure how he’d do.

The 25-year-old had scored 34 goals across two seasons for I Giallorossi in Italy, but in his previous spell in England with Chelsea he’d failed to make much of an impact, scoring only two goals in 11 appearances in his first year at Stamford Bridge before being loaned to Fiorentina in his second.

Paul Machin, Liverpool fan and presenter of The Redmen TV, certainly didn’t expect what was to come.

“When Liverpool were linked with Mo Salah, I think I was a little bit apprehensive,” he says. “I didn’t expect him to be so good.”

Who did? Salah started well, contributing a goal and an assist on his debut at Watford, but nobody in their wildest dreams could have predicted that by the time Liverpool faced the Hornets again, Salah would leave the field with four goals on the day and 36 for the season already.

He has surpassed both Fernando Torres and Luis Suarez’s best goalscoring seasons for the Reds, is only the second ever African player to score 25 or more goals in a Premier League season, and is now four goals clear of Harry Kane in the race for the Golden Boot.

“His numbers, his output, his way of exciting fans and changing the pace is absolutely extraordinary,” Andy Brassell says.

But what Salah has been achieving on the pitch for Liverpool is only part of the story.

This fascinating Ball Street documentary looks into his failure to establish himself at Chelsea, his re-emergence in Italy, his controversial move from Fiorentina to Roma, and how the Arab Spring, which halted football in Egypt, led to his move to Europe with Basel and ultimately united a nation.