Watch: TAA creates chance for Firmino with brilliant outside of the boot pass 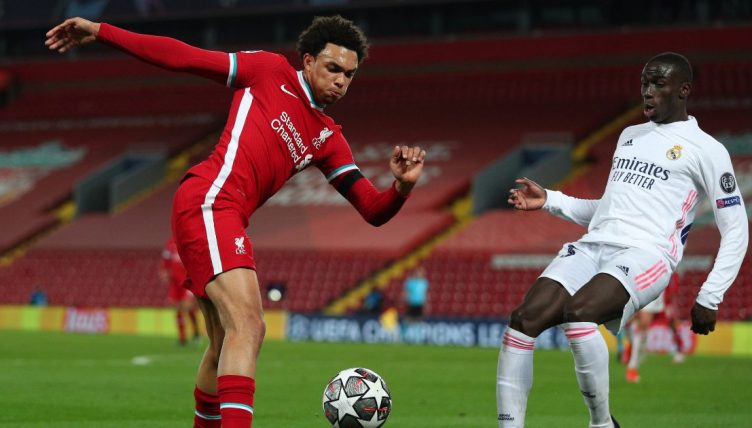 Since being heavily criticised for his performance in Liverpool‘s 3-1 defeat to Real Madrid in the Champions League quarter-final first leg, Trent Alexander-Arnold has issued an almost perfect response.

Alexander-Arnold scored a dramatic late winner against Aston Villa and was then one of their standout performers against Madrid in the second leg.

Jurgen Klopp’s side were unable to score, but the right-back created six chances at Anfield, one more than the entire Madrid team combined.

During the second half, he played a stunning first-time pass to Roberto Firmino with the outside of his right foot, but the striker saw his shot saved by Thibaut Courtois.

“I’ve said for years I see him as a midfielder,” Gary Lineker said of Alexander-Arnold on BT Sport. “He used to be a midfield player, he was kind of thrust into playing at right-back and he’s stuck there.

“You could see him being a (Philipp) Lahm, a (Joshua) Kimmich, even like (Joao) Cancelo plays at Manchester City, he’s got that within him hasn’t he?”

Watch: Andy Robertson squares up to Casemiro after heavy tackle on James Milner