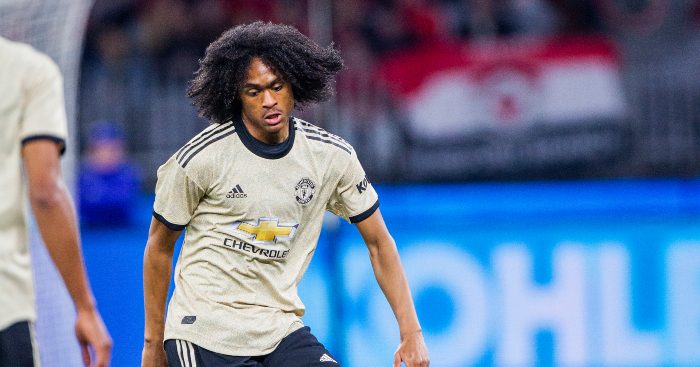 Tahith Chong was one of a number of Manchester United youngsters to impress in the Red Devils’ 4-0 pre-season victory over Leeds United in Perth.

Phil Jones headed in a third after the break following a corner and Anthony Martial completed the scoring from the penalty spot.

But it was Chong who took centre stage for the final goal, as the 19-year-old beat three Leeds United defenders to win the penalty.

The attacker was United’s Reserve Player of the Year last season and also broke into the first-team squad, making four appearances under Solskjaer.

Judging by his performance against Leeds, he could be set for more opportunities in 2019-20.