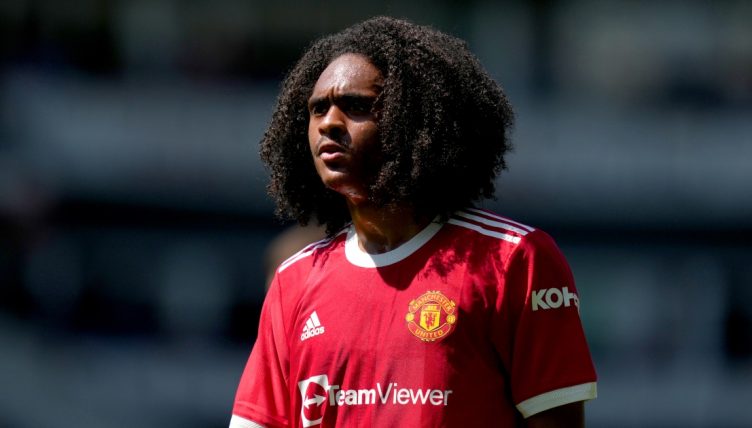 Despite joining Birmingham City on a season-long loan last week, COVID complications meant Chong’s move to the Championship club has been slightly delayed.

The 21-year-old was able to line-up against Derby, managed by United legend Wayne Rooney, and repaid his manager’s decision by scoring the opening goal.

Chong robbed Derby’s Max Bird of possession and found himself with a clean run at goal.

The midfielder dinked the ball over goalkeeper Kelle Roos before sweeping home to give Ole Gunnar Solskjaer’s side the lead.

Roos protested that Chong had handled the ball but United were awarded the goal and eventually ran out 2-0 winners at a sweltering Pride Park.

After securing Chong’s services, Birmingham boss Lee Bowyer told the club’s official website: “Manchester United were kind enough to trust us and to send such a good talent to us.

“My job is to now improve him and send him back a better player than what has arrived. I believe that we will do that, and I am excited to work with him.