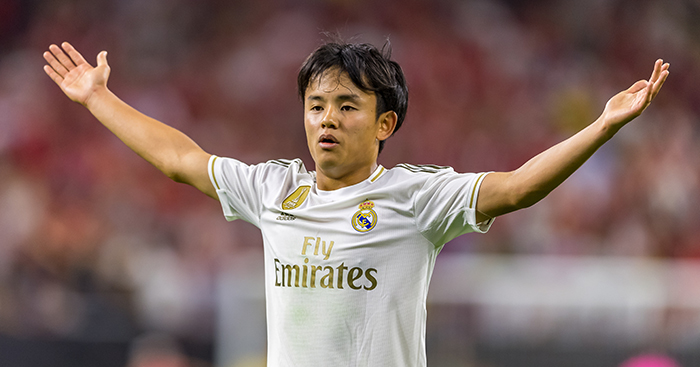 We’re already excited by the prospect of Takefusa Kubo at Real Madrid – and the goal he scored in training on Monday has hardly curbed it.

Kubo moved to Madrid from Tokyo FC earlier this summer after turning 18, having previously spent four years in Barcelona’s academy.

Indeed, Barça were reportedly keen to take him back to the Nou Camp, but the No.10 who’s been called the Japanese Messi – a tag he does not like – instead opted to join their biggest rivals.

And while most expected him to work initially with Real Madrid Castilla, as Vinicius Junior did before him, Kubo has been catching the eye to such an extent in pre-season training that he may well be considered for first-team opportunities much sooner than anticipated.

Fresh from impressing in a defeat to Bayern Munich at the weekend, Kubo was at it again in training on Monday, showing off his quick feet, speed and balance to see off four defenders and fire into the top corner.

You just try to stop us getting excited.