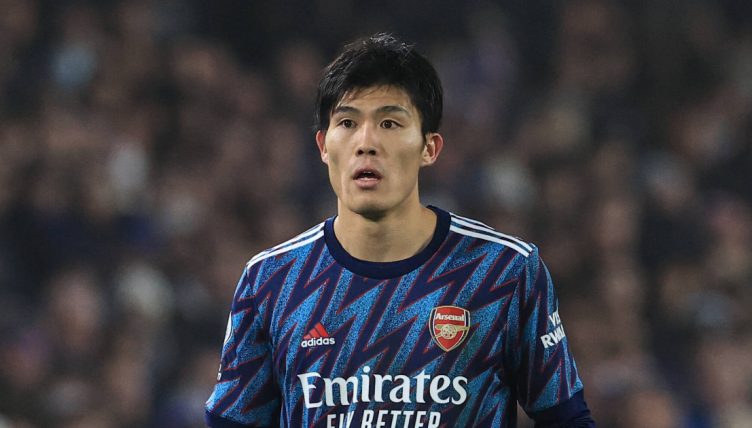 Takehiro Tomiyasu has been one of the best bargain buys for Arsenal in years.

Arriving on deadline day in the summer of 2021 as an unknown defender from Bologna, he started life in England in fantastic form, keeping eight clean sheets in his first 14 games.

The Japan International’s height, strength and intelligence make him a tough defender to beat and his consistency has already made him a fan favourite at the Emirates.

In his team’s 4-1 win at Leeds United, Tomiyasu remained in imperious form, pocketing Jack Harrison with ease, and stood out with a sensational piece of play.

With the hosts attacking the box in the second half, the defender used his pace to reach a loose ball ahead of the attacker, before shielding him off well, then beating a second onrushing attacker before winning a foul.

“Tomiyasu did really well there. The way he managed the run of Summerville, it’s really good defending from the right-back,” former Manchester United full-back Gary Neville said on Sky Sports.

Some pundits criticised the signing of the defender when he arrived, but no one has a bad word to say about him now, and at just £17million, he is arguably one of the league’s best signings of the summer.