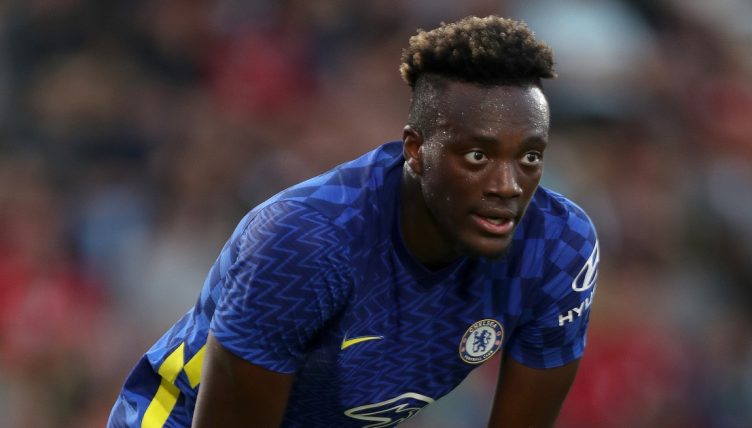 Tammy Abraham shrugged off reports linking him with Arsenal by scoring against them for current club Chelsea.

Abraham has fallen out of favour under Thomas Tuchel and has been heavily linked with a move away from Stamford Bridge this summer.

Aston Villa and West Ham were rumoured to be interested, but recent reports have linked Arsenal with a move for the England striker.

But Abraham still lined up for Chelsea for Sunday’s friendly at the Emirates and was gifted a goal by Hector Bellerin.

Bellerin’s stray pass fell directly to Abraham who kept his composure to slot his effort past Bernd Leno in the Arsenal goal.

Arsenal legend Nigel Winterburn told Goal: “Arsenal have been linked with Tammy Abraham from Chelsea. He certainly would fit the bill of recent Arsenal signings, young with a point to prove.

“People will question his consistency but what you want is for these young players to get a run in the team.

“With Abraham, there’s potential there and development for a young, young player. So, I think it’s an option that Arsenal, although with Alexandre Lacazette being linked with a move away, it could be just a name that has been thrown into a hat.”