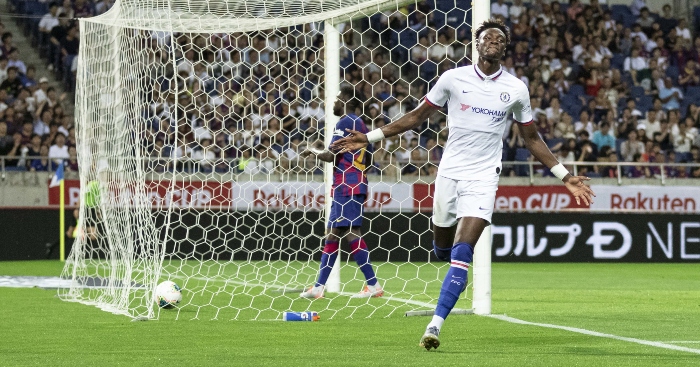 Tammy Abraham went from zero to hero within the matter of minutes during Chelsea‘s pre-season friendly with Barcelona in Japan.

With Chelsea allowing strikers Gonzalo Higuain and Alvaro Morata to leave this summer, Abraham is one of a number of young players expected to be handed more first-team opportunities under new boss Frank Lampard next term.

The 21-year-old hit 26 goals on loan at Aston Villa last season to fire the Midlands outfit to promotion and could finally get a chance to establish himself at Stamford Bridge.

But the two-cap England international was left with his head in his hands after failing to divert a parried shot into the back of the net from six yards out.

Thankfully for the Blues, Abraham atoned for his miss with a smart finish after Chelsea won the ball back high up the pitch.