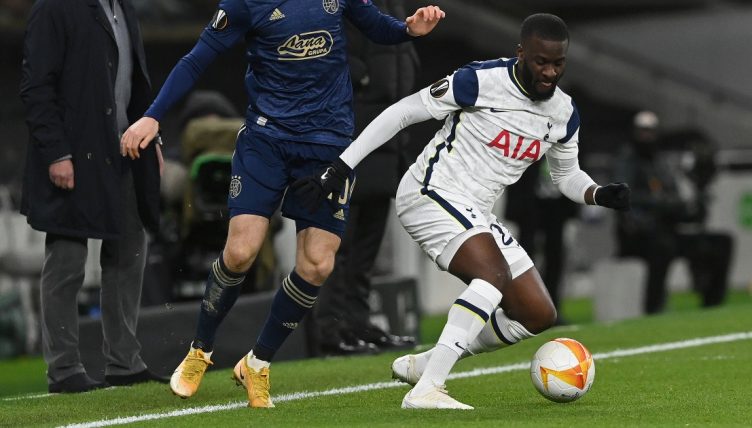 The Europa League is proving good value for Tottenham fans this season, with last night’s relatively routine 2-0 victory over Dinamo Zagreb no exception.

Harry Kane was once again the star of the show, scoring both goals to give Spurs a commanding lead at the halfway stage of their round of 16 clash with the perennial Croatian champions.

But there were plenty of eye-catching displays elsewhere, with Gareth Bale continuing his fine run of form with a lively 30-minute cameo off the bench, while Tanguy Ndombele put in a commanding performance from midfield.

Ndombele had a more than decent shout for a penalty, having skilfully drawn a foul in the box with a stepover, and was often found causing havoc in the final third with surging runs from midfield.

There was one particularly good run, showing supreme strength and ball control to ride several challenges before eventually getting crowded out once he made his way into the box.