Watch: Tanguy Ndombele booed off the pitch by Tottenham fans 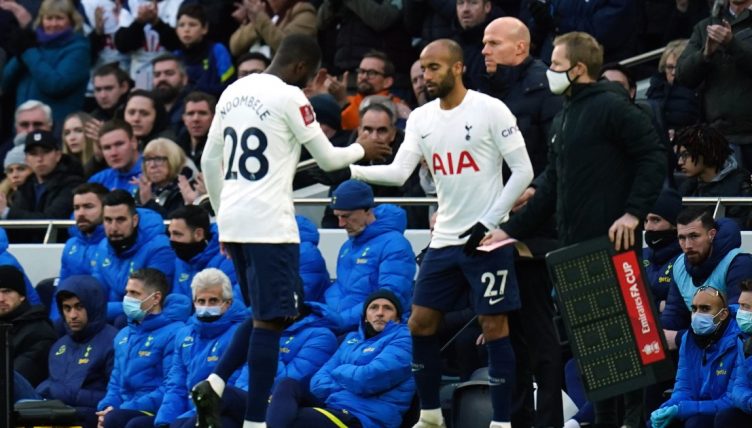 Tanguy Ndombele was booed off the pitch by Tottenham supporters during their FA Cup third-round tie against Morecambe.

Antonio Conte decided to play a heavily rotated side against the League One side and Ndombele made just his 10th start of the season.

But Morecambe took a surprise lead at the Tottenham Hotspur stadium when defender Antony O’Connor scored with a volley in the 33rd minute.

After Spurs struggled to find an equaliser, Conte made a triple substitution in the 69th minute with Ndombele, Dele Alli and Bryan Gil all being taken off.

Ndombele, who has failed to live up to expectations since joining Tottenham in a £55million deal in 2019, decided to slowly walk off the pitch.

Team-mates Harry Kane and Japhet Tanganga urged him to move faster and there was also a chorus of boos by the home crowd.

Instead of watching the rest of the match from the bench, the France international then headed straight down the tunnel.

Spurs were able to avoid an embarrassing defeat as goals from Harry Winks, Lucas Moura and Harry Kane saw them progress to the fourth round.

“I was so focused on the pitch and in football you have to be good to try to change opinions if someone is disappointed with you,” Antonio Conte said after the game.

“It happened to me as well as a player with someone being disappointed in my performance.”

Should Tanguy Ndombele ever pull on a #thfc shirt again?