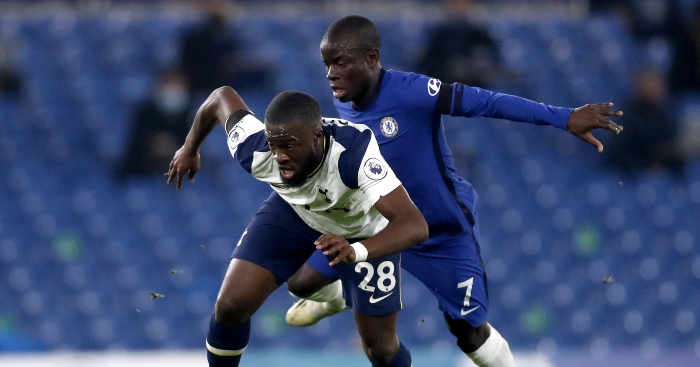 Tottenham‘s 0-0 draw against Chelsea was no Battle of the Bridge, with very few moments that inspired true excitement.

The eagerly anticipated match-up between Jose Mourinho and Frank Lampard ended in a goalless stalemate, allowing Spurs to regain their place at the top of the Premier League.

Tammy Abraham was criticised by Jimmy Floyd Hasselbaink after missing a host of chances, while Roy Keane suggested Mourinho was “playing games” after insisting he was happy with his side’s change in mentality.

At least we could enjoy the continued resurgence of Tanguy Ndombele in Tottenham’s midfield.

The stats may not reflect his improvement, but Ndombele once again passed the eye test with a brilliant turn to send N’Golo Kante and Thiago Silva in the wrong direction before showing impressive strength to hold off the Brazilian.

More of this please, Tanguy.