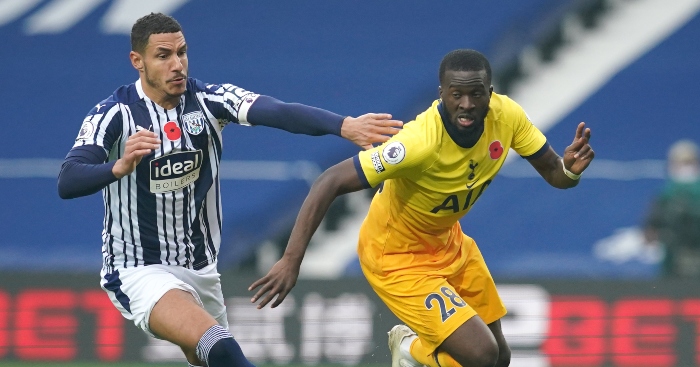 After a difficult debut season in England, Tanguy Ndombele is starting to show why Tottenham broke their transfer record to sign him.

Ndombele, who joined Spurs in a £55million deal from Lyon in 2019, initially struggled to cope with the demands of the Premier League and his performances were publically criticised by Jose Mourinho.

The France international has since turned things around, however, and has become an integral part of Mourinho’s side in 2020-21.

He made his 12th appearance of the season in Spurs’ 1-0 win over West Brom and showcased his brilliant footwork to skip past two opponents in the middle of the park.

I will never not share an Ndombele gif pic.twitter.com/gqEu1kzamp