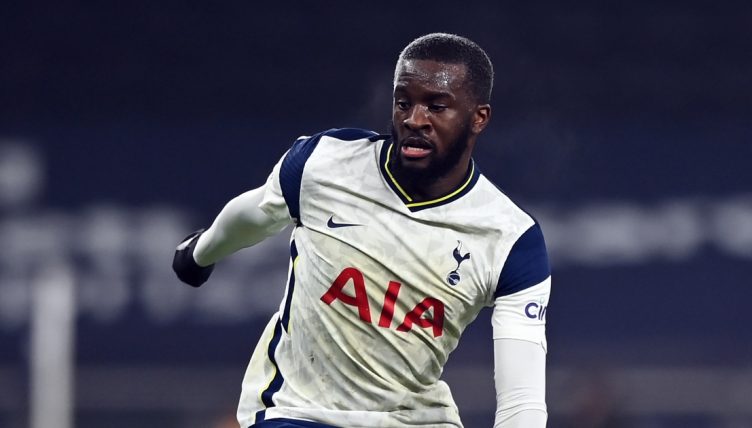 Tanguy Ndombele teased his Tottenham team-mates with a cheeky bit of skill in training.

Ndombele was written off as a flop after his debut season at Spurs but has been in inspired form during this campaign.

It’s been a difficult season for the club (the training session below took place during what should have been preparation for the Europa League quarter-finals), but the France international used the opportunity to show off his silky skills.

As Ndomebele received the ball, team-mate Sergio Reguilon was marking him tightly while Dele Alli lingered nearby.

Problem? Not for Nodombele, who casually teed himself up before flicking the ball over Reguilion’s head and laying off his pass.

We hope that the midfielder tries this in a game soon if only to see how the opposition react.