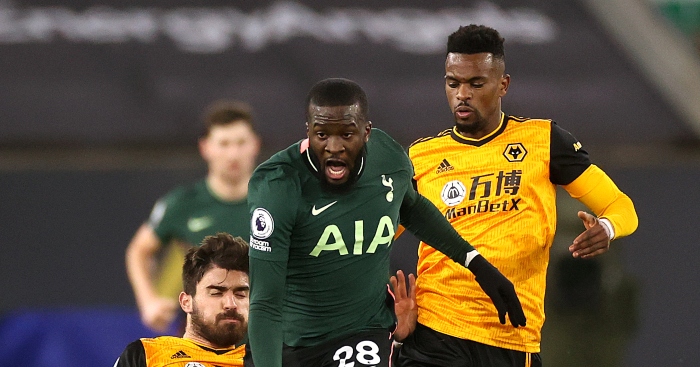 Tottenham midfielder Tanguy Ndombele caused two Wolves defenders to tackle each other with a mazy dribble during their Premier League match.

After an underwhelming first season in north London, Ndombele has markedly improved during this campaign and has impressed his manager Jose Mourinho.

The France international opened the scoring at Molineux before embarking on a thrilling run in the 20th minute.

Winning the ball just outside his own penalty area, Ndombele motored forward but his run looked likely to end when Ruben Neves and Nelson Semedo threatened to engulf him from either side.

Instead, Ndombele charged through them and caused Neves to slide tackle Semedo instead.

Ndombele made them tackled EACH OTHER😭😭
pic.twitter.com/Vx5os70fJt