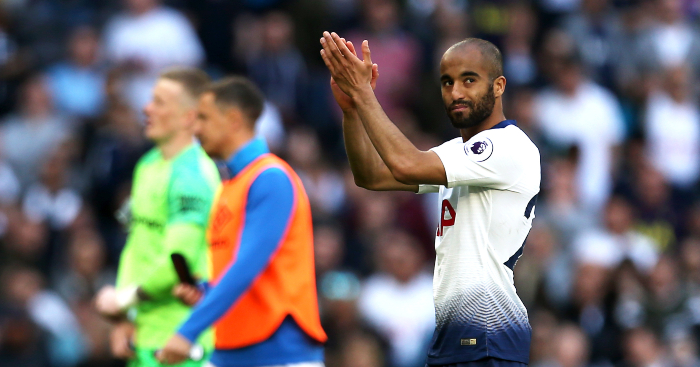 Tanguy Ndombele gave Tottenham fans a glimpse of what’s to come with a brilliant assist to allow Lucas Moura to equalise against Juventus.

Having joined from Lyon in an initial €62million deal, Ndombele is Spurs’ major acquisition ahead of the 2019-20 season.

While the midfielder is more noted for his defensive attributes, the France international caught the eye against Juventus with his ability on the ball.

Erik Lamela gave Tottenham a 1-0 lead at half-time, only for Juve to quickly overturn that with two goals in four minutes as Gonzalo Higuain and Cristiano Ronaldo struck around the hour mark.

But Moura equalised for Spurs five minutes later, thanks in no small part to the work of his new team-mate.

Admittedly, Harry Kane scoring a 93rd-minute winner from the halfway line sort of overshadowed all of this.