Watch: ‘Teddy’s at the wheel’ – Man United board mocked in spoof video 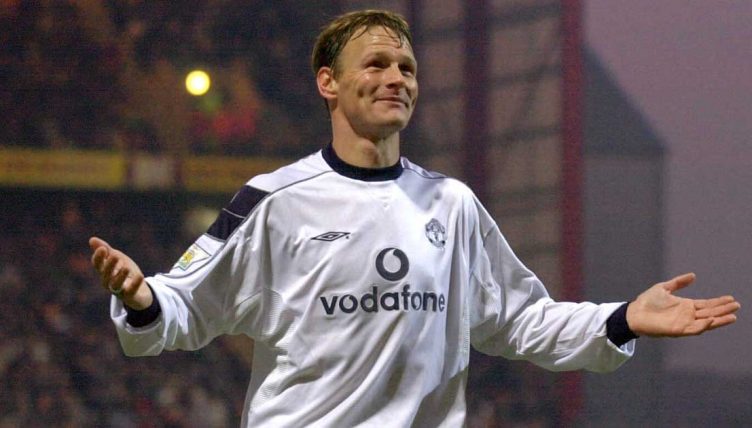 Manchester United top brass have been mocked in an online spoof video that pokes fun at the club’s managerial hunt.

The Glazers sacked Ole Gunnar Solskjaer but appeared to dilly-dally before appointing Ralf Rangnick, who has left his role at Russian club Lokomotiv Moscow, as his replacement.

But Rangnick’s appointment is only a temporary one. The 63-year-old will be in charge until the end of this season before moving into a consultancy role, a move which has led to further criticism over the club’s lack of forward-planning.

Fan anger mounted on social media, leading to mischievous bookmaker Paddy Power reacting with their own comedic take on the Old Trafford uncertainty.

In a sketch that has been watched thousands of times, the ‘board’ of United chiefs – played by members of the Paddy Power team – can be seen discussing the managerial situation.

Man Utd have moved quickly in appointing Ralf Rangnick as interim boss, but who will get the permanent job? pic.twitter.com/jhlaMW58tG

“Did we sound anyone out before we sacked Ole?” asks one to which confusion ensues in the boardroom.

That bafflement is broken when one board member responds ‘why the f**k would we do that? We’ll do it now’ before he vows to put together a list.

Viewers see Mauricio Pochettino’s name on screen – the PSG man has been linked to the vacant job – only for cons against his appointment to read that he ‘has no United DNA’, ‘Spurs’ and ‘will ask questions over plans for club’.

After Pochettino’s name is dismissed, one board member asks who the manager of West Ham is because ‘they are having a good season’. They then have to Google his name before realising it’s David Moyes – then ruling him out because they haven’t heard of him.

Eventually, 10 hours later, they appear to have the breakthrough. Sticking to their tried and tested formula of reminiscing about the glory days of ‘99, the United board settle on the perfect man for the job – Teddy Sheringham.

Reasons being, he scored the equaliser against Bayern Munich AND set up the winner – therefore he must have more United DNA. That’s despite only ever managing Stevenage and Indian side Kolkata.

Paddy Power said: “If scoring one goal in a Champions League final earned Solskjaer almost three years in management, Sheringham will surely get a decent crack at the whip.

“I have to say, ’Teddy’s at the wheel’ does have a nice ring to it, but if the United board have learnt anything from last time, perhaps this wheel should be accompanied by seatbelts, airbags and a roll cage.”