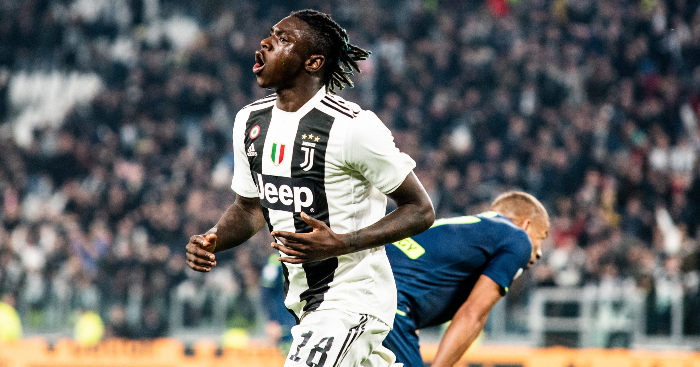 The 19-year-old Italian started up front for the Old Lady as Cristiano Ronaldo was rested for the first time in Serie A this season.

It was heavily-rotated line-up all round as Max Allegri looked ahead to next week’s massive Champions League second leg against Atletico Madrid, in which they need to turn around a two-goal deficit.

The makeshift XI got the job done though with a convincing 4-1 win, as Moise Kean – who only turned 19 a couple of weeks ago – scored a pair of great goals in the first half.

The first was a classic number nine-style run into the near post, while the second was special – he picked up on a loose ball in midfield, put the burners on to break into the box, and stuck it in the bottom corner with a clever toe-poke.

Watch the goals below: