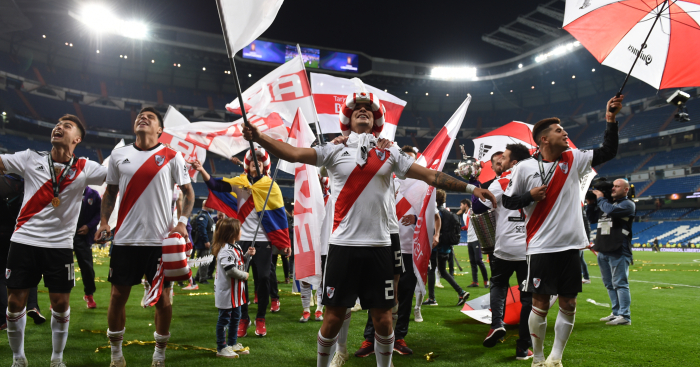 Despite the hype surrounding the Premier League, World Cup and Champions League, the biggest story in football this year came from Argentina, as River Plate faced Boca Juniors in the final of the Copa Libertadores.

The fixture became known as the derby to end all derbies, and it certainly lived up to the billing.

After the first leg ended 2-2, chaos ensued prior to the return fixture, as the game had to be postponed twice due to fan violence before eventually taking place in Madrid – with River ultimately triumphing in extra time.

The always-brilliant COPA90 were there every step of the way to document the biggest Superclásico in history, spending three weeks in Argentina before making their way to Madrid. The result is their best, and biggest, film to date.

So make a brew, get your feet up and settle down for an hour to watch one of the best football films you will watch for some time. Then show COPA90 a lot of love.