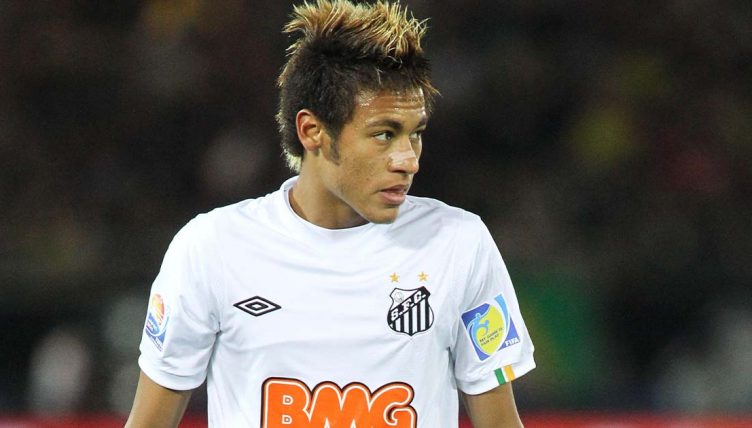 Neymar’s future at PSG is currently up in the air and we’ve reminisced on his time with Santos in our latest YouTube video.

Dubbed as a ‘YouTube player’ back in 2009, Neymar took the footballing world by storm as clips of him in the Brazilian Série A went viral on YouTube.

The teenager was like lightning in a bottle as he would regularly humiliate defenders with ease. From elasticos to rainbow flicks, Neymar could do it all.

His first professional season with Santos came in 2009 and he went onto score 14 goals in 48 appearances as a 17-year-old.

He made his professional debut for Brazil in 2010 and he is now their second-highest goalscorer of all time, just three goals behind Pele.

In total, Neymar played 225 matches for Santos and scored 136 goals.

He won six trophies during his time in Brazil including three league titles and the 2011 Copa Libertadores.

In 2011 he won the FIFA Puskás Award for scoring an unbelievable solo goal in the Brasileirão Série A against Flamengo.

After five successful years in Brazil, Neymar then made a £71.5 million move to Barcelona and the rest is history.