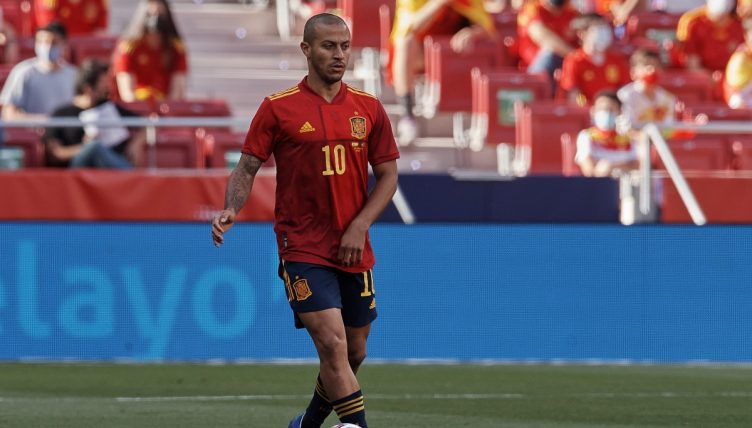 You know we’re in a period of international football when videos emerge of Liverpool midfielder Thiago Alcantara taking the piss in training.

We’ve seen it all before, but clips of Thiago demonstrating his outrageous close control and long-range passing ability still manage to produce gasps of admiration from us.

We’re less used to seeing the same from Aymeric Laporte.

Having switched allegiances from France to Spain before the European Championship, the Manchester City defender watched the flight of the ball and controlled it with his back leg in a manner that redefined the word casual.

After being hit with a COVID outbreak during the last week, Spain start their tournament against Sweden on Monday.

Thiago and Laporte make it look so simple in Spain training ✨