Watch: Thiago Alcantara threads an exquisite through ball for Liverpool 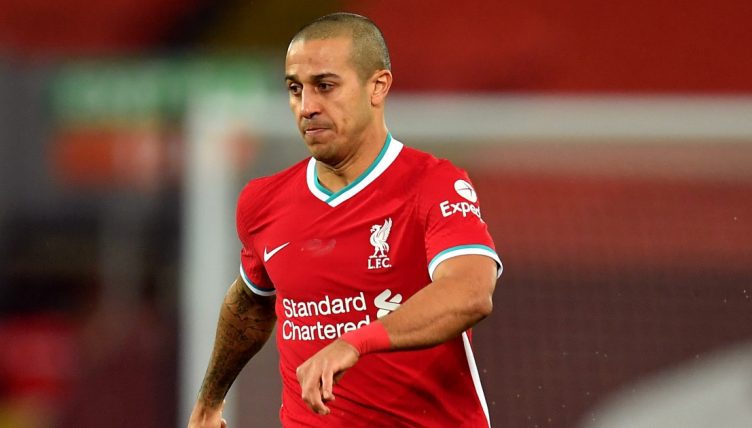 Thiago Alcantara picked out Liverpool team-mate Mo Salah with an exquisite through ball during their Premier League match against Newcastle.

Thiago was hailed as a game-changing signing last summer but has failed to meet those high expectations during a difficult debut season in England.

But the Spain midfielder remains a quality footballer and he demonstrated his ability during the first half at Anfield.

Picking up possession in the opposition half, Thiago was afforded the time and space to pick his pass.

But not many players would have picked out Salah with a pinpoint through ball that dissected the Newcastle defence.

Salah laid the ball off to Diogo Jota who wasted the chance but that shouldn’t detract from the quality of Thiago’s pass.

All you need to know about Dusan Vlahovic, Liverpool’s Haaland alternative