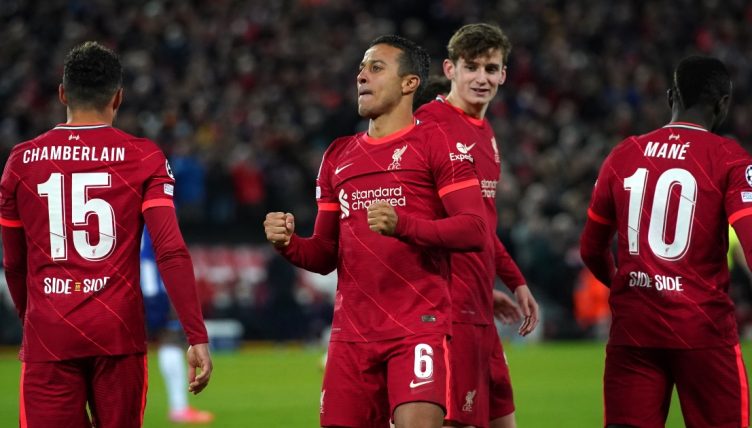 Thiago Alcantara marked his return to the Liverpool first-team with a long-range banger against Porto.

After joining from Bayern Munich in 2020, Thiago hasn’t made the expected impression at Anfield. Injuries, a brush with COVID and a loss of form stunted his impact.

But the Spain international started the Champions League tie with Porto and scored the game’s opening goal with a shitpinger from distance.

A corner came out and Thiago daisy cut a beautiful shot from the edge of the box.

It was a mesmeric goal – and one that probably put him well out of Barcelona’s price range. Reports in Spain have linked Thiago with a return to the Camp Nou and he was moved to address these rumours before Wednesday’s game.

“As I always have been, I am a guy who plays football. I am not concerned about the rumours,” he said.

“I’m focused on the duty I have with my team and the years I have in contract with my team.

“I just want to know about this new adventure that I have here in the Premier League and to try to win all the trophies I can and my commitment is much more with this team.”

You probably won’t see a more eye-catching goal all season so plump up the cushions, settle down and watch the goal from as many angles as possible.

THAT IS WORLD CLASS! ✨

Wait for the angle from behind… 🤤 pic.twitter.com/21X1XkxW1W