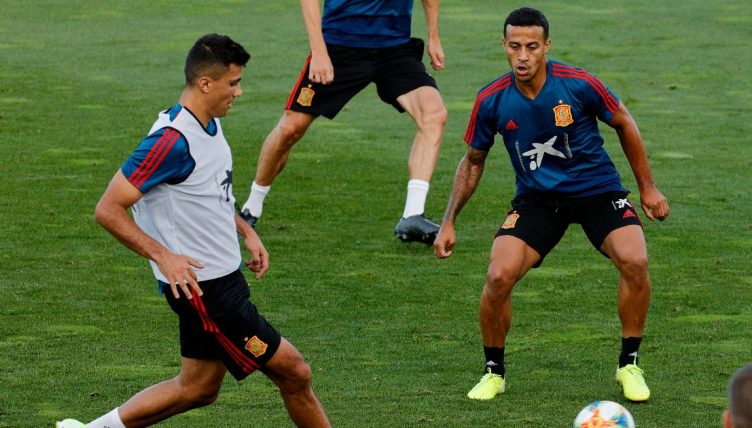 Spain‘s preparation for Euro 2020 is underway, and on the latest evidence Liverpool‘s Thiago Alcantara and Manchester City‘s Rodri are in a confident mood.

The two midfielders were training on the pitch at the Wanda Metropolitano ahead of Friday evening’s friendly against neighbours Portugal.

In the match, Cristiano Ronaldo wasn’t happy after his Portugal team-mate Jose Fonte did a solid impression of one of his towering leaps, but the goal was disallowed for climbing over Spain defender Pau Torres. It remained goalless, but Spain could and probably should have won after Alvaro Morata missed a heap of chances.

It was by no means a classic, and the highlight of the night was probably the training exercise between Rodri and Thiago.

How effortlessly they control the ball before pinging it back to one another is immensely satisfying to watch.

If you’re still unsure how much better than you professional footballers are, watch this video of Thiago and Rodri.