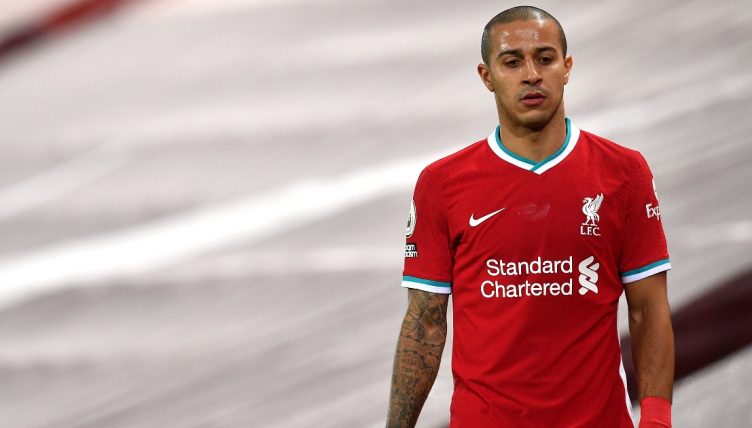 Liverpool went into the second leg of their Champions League round of 16 clash with RB Leipzig looking to avoid a banana skin, having gone into it with a 2-0 lead.

Usual away goals applied as they played their ‘home’ leg at the Puskas Arena in Hungary, getting them away from an empty Anfield, where they’ve lost their last six league games.

The first half was low on clear-cut chances as Jurgen Klopp’s men didn’t try too hard to push any breakthroughs, keeping their shape and focusing first and foremost on holding onto their first-leg lead.

But they came close to opening the scoring on the night, thanks to a brilliant piece of ingenuity from Thiago Alcantara in midfield.

Thiago did brilliantly with a scissor kick to send a looping ball into the path of Mohamed Salah, who broke through and saw his shot saved by Leipzig keeper Peter Gulacsi, while Sadio Mane couldn’t finish the follow-up.