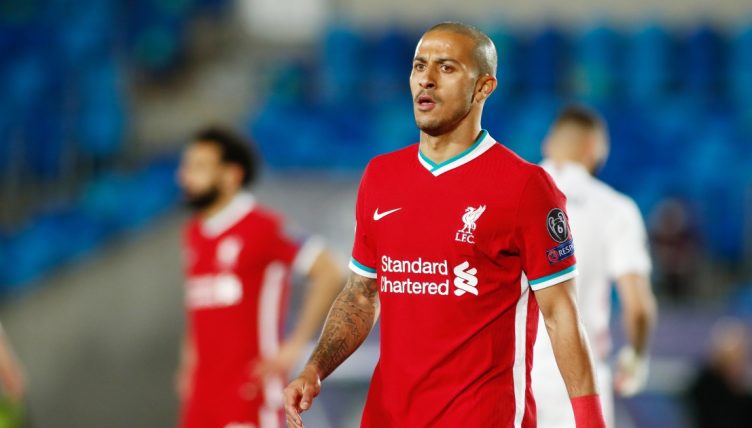 Liverpool ended a run of six straight defeats at Anfield on Saturday afternoon, beating Aston Villa 2-1 to move to within two points of the top half.

Ollie Watkins scored his fourth goal of the season against Liverpool to put Villa in front just before half-time, prior to Roberto Firmino having an effort ruled out by VAR.

Mo Salah levelled things just before the hour, bundling home from close range, and it was Trent Alexander-Arnold who bent home the winner in injury time.

Just seconds before the winner, however, Thiago nearly won it for the Reds as well.

As Liverpool piled on the pressure, the ball found its way to the Spaniard. Playing a one-two with Xherdan Shaqiri, he struck a crisp cushioned volley and it looked destined to ripple the net.

But Emi Martinez had other ideas. The Argentinian has been outstanding this season and sprung an arm out to deny Thiago his first Liverpool goal.