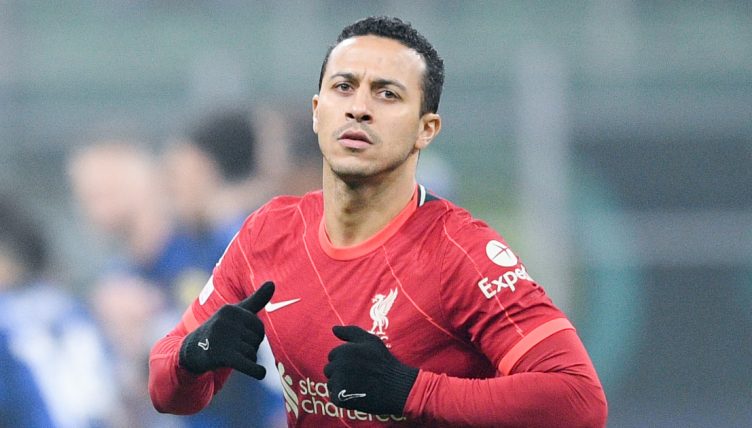 Thiago Alcantara is a sensational footballer, and he has the CV to back it up.

The former Bayern Munich and Barcelona midfielder joined Liverpool in the summer of 2020 after winning the Champions League, and after a slow start, is every bit the silky Spaniard that he was hyped up to be.

In Liverpool’s 3-1 win over Norwich City, the 30-year-old was in fine form after coming off the bench, dictating the game from the centre of the park whilst showing off his world-class technique.

During the second half, Thiago picked out Mohamed Salah with an exceptional ball which had the crowd at Anfield on their feet.

After receiving the ball in the middle of the park, the Spain international pinged a perfect ball across 30 yards to find Salah on the right-wing, who took the ball down well and drove forward before firing wide.

Former Real Madrid and Middlesbrough defender Jonathan Woodgate was full of praise for Thiago, claiming that his substitution was crucial to the win, after initially going 1-0 down.

“Thiago absolutely ran the game after coming on. He quickened the pace and slowed it down when he wanted to. He made the difference,” Woodgate stated on BBC Radio commentary.

“That change from Jurgen Klopp won them the game.”

And Klopp took the time to praise his midfielder after the game.

“We had moments and then the game can look completely different, then a deflected ball can be pretty decisive, but these boys just don’t give up, we could help from the bench, bringing really good players on and that was like three days ago the game-changer,” Klopp told the BBC.

“Thiago with his passing, really fresh, really relaxed, full of confidence, that helped as well. He is a good player, we just have to make sure we can keep him fit.”