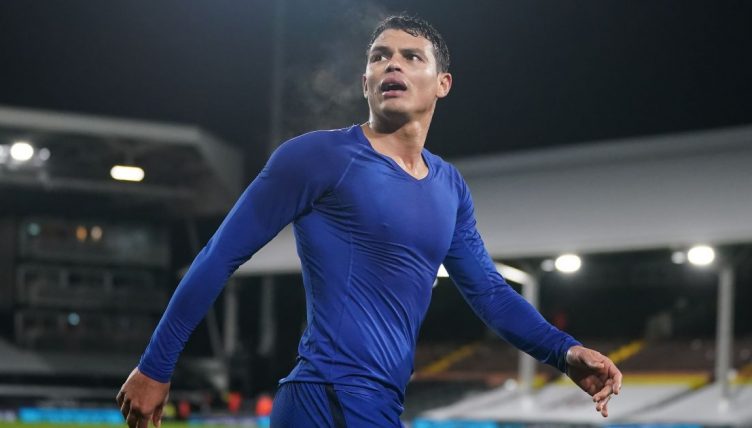 Fans may not have been allowed into Stamford Bridge for Chelsea‘s win over Atletico Madrid, but Thiago Silva certainly tried his best to make up for them in their absence.

Silva was forced to watch the second leg of the Champions League last-16 tie from the sidelines due to a thigh injury that has kept him out since February.

The centre-back still made his presence known from the stands and could be seen shouting instructions to Chelsea’s players on the pitch as they looked to hold onto their lead.

After Emerson made it 3-0 on aggregate in injury time, Silva celebrated wildly with Mason Mount and Jorginho, who were unable to play in the game due to suspension.

“It was a very good performance,” Thomas Tuchel told BT Sport after the game. “We go through and that was deserved. It was an unbelievable team effort from the guys on the pitch, the guys on the bench and even the guys in the stands!”

We love this from Chelsea's centre-back!

Full commitment from the sidelines 💯 pic.twitter.com/5hXMtxALHB