Watch: Thiago Silva gets sent off within 30 minutes of his Chelsea return 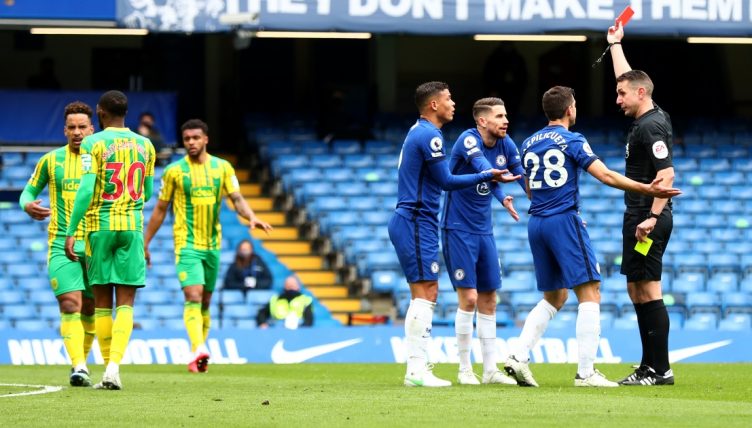 Thiago Silva‘s return from injury has given Chelsea a timely boost ahead of their upcoming Champions League quarter-final against Porto, but his first game back didn’t exactly go to plan.

Silva hasn’t featured for the Blues since suffering an injury back in the early weeks of Thomas Tuchel’s tenure back in January and returned as Sam Allardyce’s West Brom came to Stamford Bridge on Saturday afternoon.

But the 36-year-old Brazilian was shown a yellow card within five minutes against the Baggies, having been put under pressure following an errant ball from Jorginho, taking down Matheus Pereira on the edge of the box.

Just a couple of minutes after Chelsea took the lead, with Christian Pulisic tapping home the rebound after Marcos Alonso’s free-kick struck the post, Silva was shown a second yellow.

He was a little unfortunate, having slid in to block Okay Yokuslu’s shot, followed through and caught the Turkish midfielder.