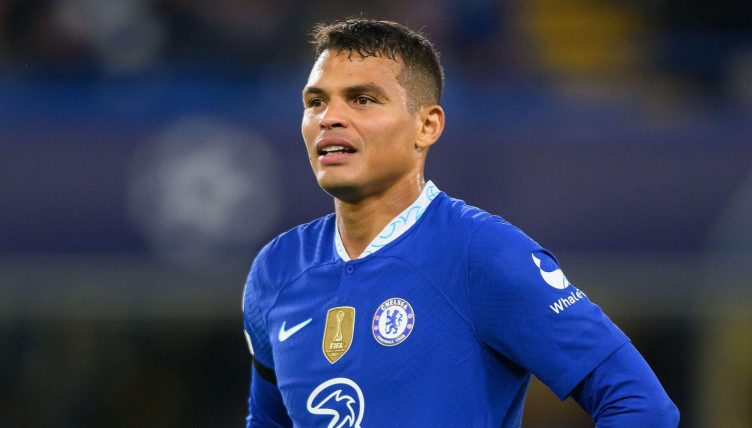 Chelsea won their first Premier League match under Graham Potter with a 2-1 success at Crystal Palace but were fortunate that star centre-back Thiago Silva stayed on the field after a blatant handball during the first half.

Silva has been a revelation since joining Chelsea in 2020, guiding the side to the Champions League trophy in his first season and becoming a Stamford Bridge hero with his excellent defensive performances.

And the 38-year-old recently expressed his desire for a contract extension with the Premier League giants.

Speaking to Chelsea’s official website, he said: “I talk often with Zlatan and recently more often because Chelsea will play against AC Milan in the Champions league. My aim is to play until I’m 40 years old but I don’t know if it will be this level or this competition.

“It depends on this season and we’ll see what will happen in the World Cup. It also depends on a contract extension but yeah, my aim is to play until I’m 40.”

Silva, who is set to play for Brazil at this winter’s World Cup, also stressed the importance of being professional.

“There are many things that help and players are also more professional now,” he said. “Players are like athletes today. The mental aspect is also very important.

“You know that you need to have a calm head because if you do other things outside the field, you will be tired. That’s my opinion. The players are more professional now than before.”

But Silva was incredibly fortunate to avoid an early bath at Selhurst Park for a handball that denied Jordan Ayew a goalscoring opportunity.

Despite putting his arm out and slapping the ball away, referee Chris Kavanagh only brandished a yellow in Silva’s direction – and the decision was upheld by VAR.

Chelsea won the game with a late screamer from Conor Gallagher and face AC Milan in the Champions League on Wednesday.

READ MORE: Ranking every centre-back to play for Chelsea since John Terry left