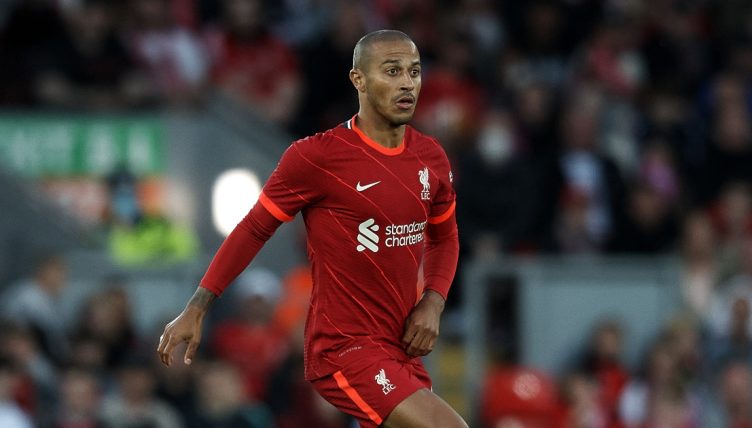 Thiago Alcantara summed up how every Liverpool fan felt after Trent Alexander-Arnold found the back of the net in their 3-1 win over Newcastle United.

Diogo Jota scored the equaliser in the 21st minute, although Newcastle complained that Isaac Hayden was down in the six-yard box with a head injury.

Liverpool were in complete control from that moment onwards and Alexander-Arnold made sure of the three points with a brilliant strike in the closing stages.

Thiago, who recently scored a brilliant goal against Porto, was clearly impressed by his team-mate’s effort as he looked shocked and put his hands on his head.

“I’ve been waiting for that for five years now, hitting it clean like that!” Alexander-Arnold told BT Sport after the game.

“I’ve had a few ones from the edge of the box and I’ve dragged them. I’ve caught that one sweet, it’s nestled in the top corner and obviously put the game to bed.”

This angle and Thiago’s reaction 😳 pic.twitter.com/uBeD7NhM4t