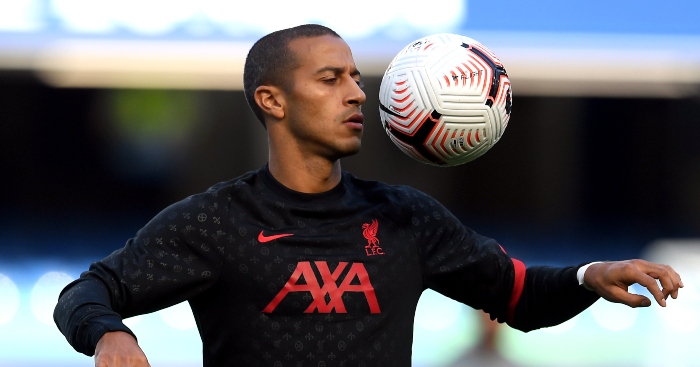 While summer signing Thiago Alcantara is already a fan favourite at Liverpool, his team-mates are also in awe of his ability.

Thiago has made an impressive start to his Liverpool career since signing from Bayern Munich, breaking a Premier League record in his first 45 minutes

After missing their last three games, the Spain international returned to full training this week ahead of the upcoming Merseyside derby.

The 29-year-old wasted no time in showing off his incredible technique, effortlessly controlling a long ball towards him before launching it back down-field.

Liverpool team-mate James Milner* was emerging from the changing rooms at Melwood and could not stop looking at the Spaniard’s skills. We told you his first touch is so good it’s like he’s playing a different sport to everyone else.

Admiring that @Thiago6 touch and technique 👌@JamesMilner is all of us 😍 pic.twitter.com/9w7jt9tvkZ

*Buy James Milner and thousands of other players on Football Index. 18+, UK and Ireland customers only, begambleaware.org. T&Cs apply.