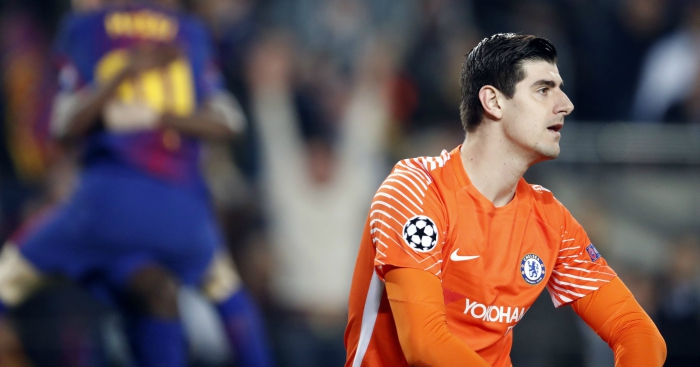 Thibaut Courtois says he needs to “be a man” after admitting he was at fault for Lionel Messi’s opener in Chelsea‘s 3-0 defeat at Barcelona that saw them crash out of the Champions League.

After an encouraging performance to secure a 1-1 draw in the first leg of their last-16 tie at Stamford Bridge, Chelsea faced an uphill battle at the Nou Camp when Messi put Barcelona ahead inside three minutes of the return fixture.

Messi produced a masterclass display, providing a brilliant assist for Ousmane Dembele to double Barca’s lead before adding a third himself on a night when he reached a century of goals in the Champions League.

The Argentine’s class prompted Rio Ferdinand to explain why the Barcelona talisman is a better footballer than his former Manchester United team-mate Cristiano Ronaldo, but Courtois admits he should have done better for the opening goal, which saw the ball go in between the goalkeeper’s legs at the near post.

"You need to be a man, and show that you made a mistake."

"For a goalkeeper like me between my legs is the weakest point."

An honest Thibaut Courtois fronted up after the game…