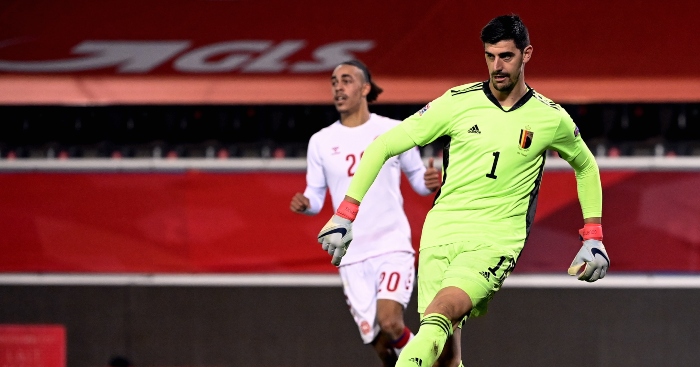 Despite being one of the best goalkeepers in the world, Real Madrid‘s Thibaut Courtois has made his fair share of howlers.

After a difficult debut season at Madrid, Courtois has rediscovered his best form and won the La Liga Zamora Trophy in 2019-20 for having the lowest goals-conceded-to-game ratio.

He’s also helped Belgium become the number-one ranked team in the world but had a moment to forget during their Nations League game against Denmark.

With Roberto Martinez’s side leading 3-1, Nacer Chadli sent a simple backpass towards the goalkeeper, who accidentally let the ball roll under his right boot and into the back of the net.

He was bailed out by Kevin De Bruyne’s goal moments later as Belgium booked their place at next year’s Nations League finals.